The recent 2017 TechCrunch Disrupt hackathon in San Francisco had the unfortunate timing to occur during some of the most serious natural disasters that have occurred in the US in more than a decade. With Hurricane Harvey and Hurricane Irma ravaging Texas and Florida, respectively—with Hurricanes Jose and Maria close behind—the unofficial theme of the TechCrunch Disrupt hackathon became rescue. Accenture made it semi-official by offering a prize for the most socially impactful hack specifically for disaster response. In all, roughly 30 of the 100-plus hacks had an association with “emergency” or “disaster” according to TechCrunch.

Our own section of the TechCrunch Disrupt hackathon, where we helped teams use Nexmo communications APIs in their projects, featured about a dozen or so rescue-oriented hacks. In fact, the overall winner of our prize for best use of Nexmo APIs was ResCall, a “smart” phone number designed to connect rescuers and rescuees during natural disasters. It’s worth noting that SMS uses little bandwidth, which makes it a natural fit for natural disasters when network resources are at a premium.

A couple of other hacks also caught the attention of our judging team of Developer Advocates:

With hurricanes severely limiting access to 4G/3G networks, the internet, and even terrestrial radio, connecting those in need with people offering help has become a really big problem. The ResCall team rose to the challenge with a “smart” phone number application to connect the needy with help providers.

Ultimately, the ResCall hack won the $5,000 prize because its developers had a great understanding of Lex and knew how to integrate it with the Nexmo API platform. The ResCall developer team members are Ernesto Freyre, Jonas Landman and Alex Davis. In addition to the Nexmo SMS and Voice APIs and Amazon Lex, ResCall was developed with React and Satori. The ResCall client and backend are both posted on GitHub.

Anyone who has been developing real-time communications applications for any amount of time knows the power of APIs in the sharing economy. Uber, Lyft, and others have demonstrated that power for ride sharing. One of the best things about these services is that they can connect the customer directly to the driver without revealing either one’s phone number. These sharing economy apps mask the numbers through a proxy.

The ProxyTel developers’ inspiration for their project in the TechCrunch Disrupt Hackathon was drawn from their own experience with ordering food from a delivery startup.  They realized that the food delivery driver was able to contact them directly via their own phone number. They saw this as problematic but realized that for smaller businesses, without communication industry savvy, such a masking solution was “non-trivial” to implement (in the words of the developers).

ProxyTel developers have now made it easy for a small business to create a phone number proxy service by just registering their existing app. The ProxyTel service will supply two virtual numbers to the business to use with their customers and drivers. The business can provide the two numbers for one transaction, then once complete, reset the service for the next transaction, enabling reuse of the two virtual numbers for additional deliveries.

And because it’s the TechCrunch Disrupt hackathon, the developers added even more functionality to ProxyTel, including the ability to transcribe all the customer-driver phone conversations to text files. These text files can then be sent to IBM Watson for sentiment analysis. Any harsh exchanges between customer and driver can be analyzed to see what might be changed to improve the customer experience in the future.

ProxyTel was built by Chakshu Ahuja and Siddhant Sanyam using Express.JS, React and Satori as well as the Nexmo Voice API and IBM Watson. The team used the Nexmo Voice Proxy repository available on GitHub to get started.

As the saying goes, “necessity is the mother of invention.” The developers who built EMMA for the TechCrunch Disrupt hackathon are keenly aware of that adage. As developers from a number of startups, they collectively faced a recurring problem in their day jobs:

With EMMA fully engaged, all call participants need to do is enter their phone numbers and the time of the meeting into two online form fields. At the appointed time, EMMA will call every participant and patch them into the conference call. As the call proceeds, when there is a “Eureka moment,” all someone needs to do is call out “Emma” and the subsequent conversation will be transcribed to a dynamically created Google Doc via the Google Drive API. At the end of every meeting, the EMMA bot emails a complete written record of the call, including all of the Eureka moments, to each meeting participant.

The Nexmo TechCrunch Disrupt hackathon judges were duly impressed by how the EMMA team created such a technically complex application in a mere 20 hours. EMMA was built by Yun Chuan Ngin, Terence Chok, Ong Qi Yong and Karyn Mei-Mei Lim with Express.JS hosted on AWS EC2 to serve the meeting creation pages and webhooks for Nexmo. They used the Nexmo Voice API to initiate calls to meeting participants. You can also check out EMMA on GitHub.

Get Involved in the Nexmo Developer Community

If you’re an active developer or just getting started, we encourage you to get involved in the Nexmo Developer Community, check out the projects hosted on the Nexmo GitHub or follow us on Twitter @NexmoDev. We welcome you to interact with our team of Developer Advocates, check out our code repositories and more. 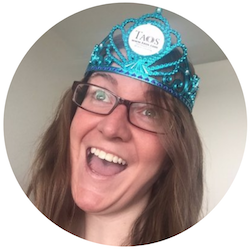 From humble beginnings as a PHP4 web developer in grade school, Amanda now works as a Developer Relations Manager at Nexmo where she gets to share her passion for technology and education with others. In addition to consuming APIs and IPAs, she currently serves as a co-host for the PHPTownHall Podcast and is involved in Open Sourcing Mental Illness. In her spare time you’ll find her in a hammock with a guitar.

See All Posts by Amanda Folson