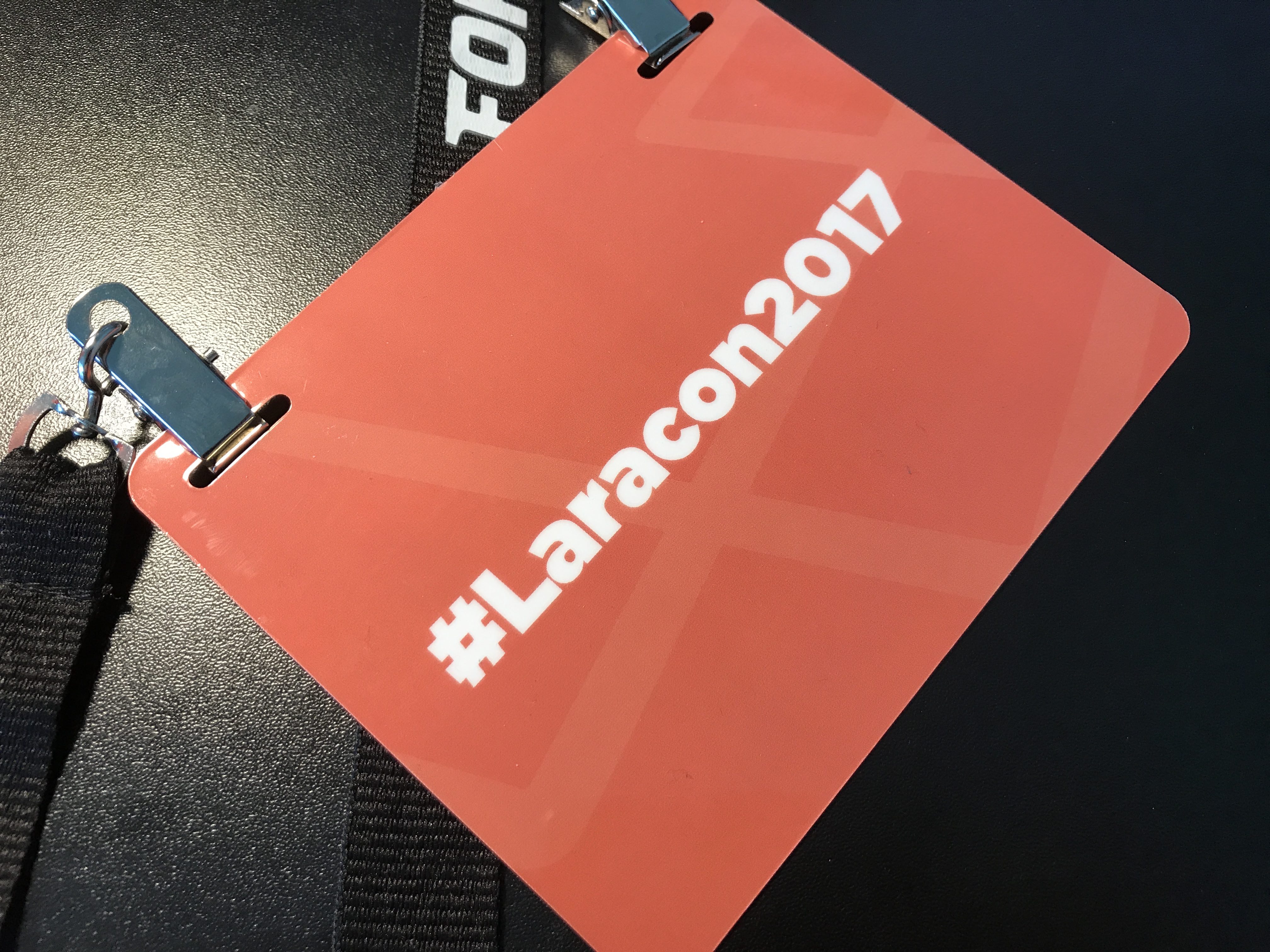 I recently attended Laracon in New York City for the 4th year in a row. This year the conference was held at New World Stages in Hell’s Kitchen, with 500 people in attendance (and a waiting list of over 1000!) making it the biggest one yet.

While the conference focuses on the Laravel PHP framework, the talks were diverse and covered topics like database segregation for multi-tenant applications, aesthetic and design tips for developers, advice on growing and scaling a side project into a business, and the importance of deep-focus work. My job keeps me firmly planted in PHP-land, so my key takeaways came from the PHP-focused talks by Adam Wathan, Matt Stauffer, Jeffrey Way and Taylor Otwell.

Adam talked about CRUD in controllers, noting that many MVC web apps suffer from increasing controller bloat as we tack on custom actions — meaning, that EpisodeController@publishEpisode method needs to disappear. Instead, he recommends returning to the CRUD basics and restricting yourself to only the 7 standard REST/CRUD actions in your controllers: index, show, create, store, edit, update, and destroy.

He proposed 4 primary ways to accomplish this “refactor to CRUD”:

Here’s the example code, with explanations, in pull request form.

Matt’s talk focused on customizing Laravel. He encouraged everyone to make better (but always judicious) use of native and easily-overridable components of Laravel before reinventing the wheel with a fully custom solution. As always, the caveat is to not take it too far and keep discoverability in mind. Some of his suggestions:

Matt is a fast talker and covered a lot of ground in 40 minutes, so take a look at his slides, notes, and code samples here for a ton of other great customization tips.

Jeffrey’s talk on refactoring, “Slay the Beast”, was perhaps the most relevant to me as I’m the software architect on a sizable project and frequently feel like I’m drowning in technical debt. The primary message was to “let the grossness guide you” toward a refactor, specifically:

All in all, Laracon 2017 was an amazing, educational experience and I’m already looking forward to the next one.

See All Posts by Sara Bine