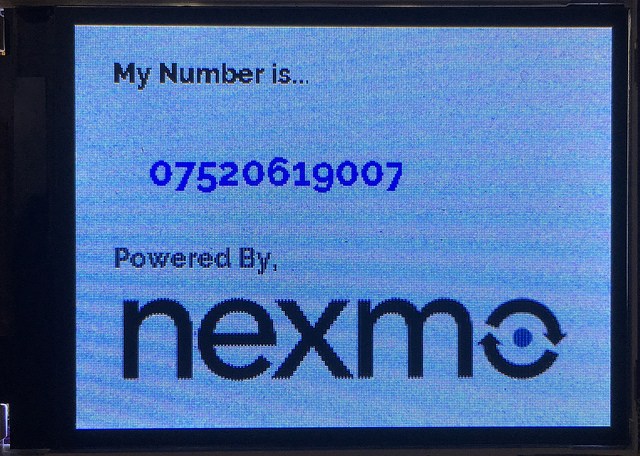 I’m super excited. Just 3 more days to go until EMF Camp. EMF is one of my favourite events. A friend once used the term “Glastonbury for Geeks” and I think he’s about right. Take away the bands and replace it with drones, laser cutters and random radio networks, and you’ve got pretty much the same thing. Although I think the toilets at EMF are slightly nicer.

Back in May we saw the EMF team put out a call for help to make The Badge happen. They were short of sponsorship and it looked like that part of the project might have to be cancelled.

Well, we had to answer the call. I’m really happy that we’ve had the opportunity to help and provided sponsorship to make sure the badge could happen along with HCD, Microsoft, Get Smarter Energy and Würth Elektronik.

EMF isn’t like any other tech event. If we’d just turned up, handed out a bunch of t-shirts and given a standard product pitch in our talk then we wouldn’t have done the right thing for the event. That’s not how we do things, anyway! So, as well as putting up cash for the badge, we wanted to be a part of it. Literally.

Nexmo is a cloud communications platform so it made sense for us to add communications functionality to the badge. Well, for the last week and a bit I’ve been working on a messages app for the badge. This means that when you get your badge out of the box (or bag in fact) it will have the capability to receive SMS with its own UK phone number! 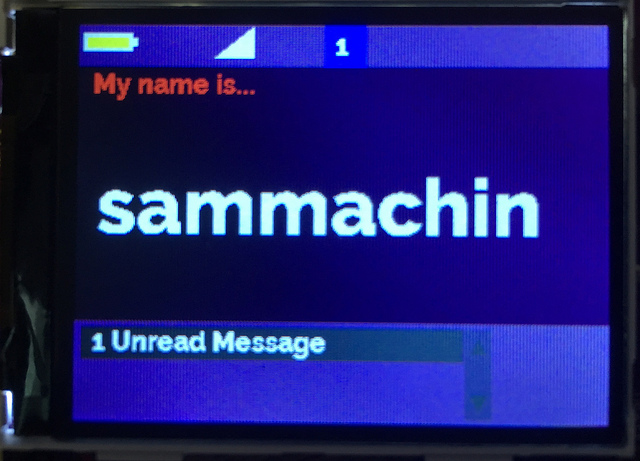 The EMF Badge, or Tilda as it’s known, isn’t your average conference badge. This thing is a full blown tiny computer. And this year it comes with color screen and wifi.

Adding Messaging to the Badge

Two weeks ago Russ from EMF came to the Nexmo London office with one of the first badges off the production line. The firmware was very much still work in progress and there wasn’t much of a launcher to speak of. But it had a functional MicroPython runtime so I set to work.

I’m quite pleased with the results. We now have a dedicated app which will show your badges phone number and allow you to view your received messages as well as notifications on the home screen of the badge itself. This is very much the starting point as there’s lots of things to be added. A few of the missing features right now are:

I’m sure there’s a whole load more stuff that could be added which I’ve not even thought about too. This is where you come in!

Over to You: Hack the Badge!

The code for the badge is in our github and the server side stuff will appear there soon.
You’ve seen a few screenshots of the app, but we can’t show you pictures of the full finished badge as that’s Top Secret until the event opens. But trust me, its awesome! 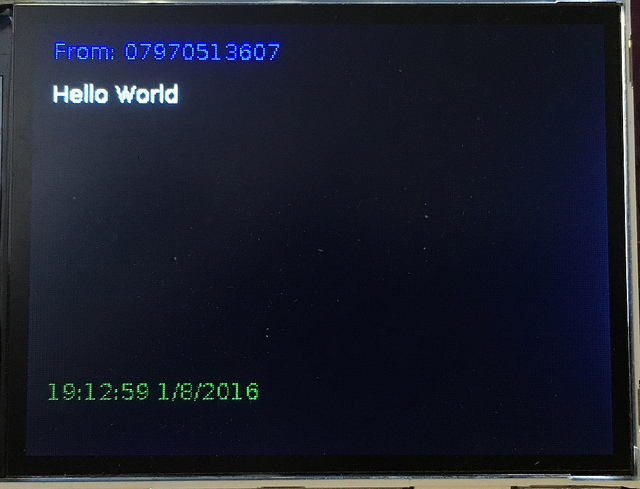 See you and EMF Camp

If you’re coming to EMF then we’d like to invite you to come by the Nexmo tent to hack on your badge. You don’t have to do stuff with messages, just come hang out. We’ve got cold drinks and a bunch of camping related swag to give away. It would be great to see you.
We’re on the EMF Map, just south of Stage B. Look for the blue flags like in the picture (I was testing the flags in my garden).

I’ll also be giving a talk on Saturday morning at 10am entitled I never knew SMS could do that where I’ll go through some of the more interesting hidden features of SMS with some live demos. Check the schedule for full details.