To exercise the new PHP client library a bit, we’re going to build a simple SMS group chat where a user’s inbound message is sent to all the other members of the chat. You can follow along here and build it with me, or just clone the Nexmo SMS Group Chat repository and see it in action.

I won’t judge if you just clone the repo, really, I won’t. Much.

We’re going to put together a simple script that:

In a follow-up post we’ll also put together a simple web interface where they can see a log of the group’s messages.

We’ll start with the Nexmo client library, and a Mongo database. Setting up the database is beyond the scope of this tutorial, but there are a few Mongo hosts with free tiers, and setting up a database on one of them should be pretty straightforward. You’ll also need the Mongo driver for PHP installed.

You can include that and the Nexmo client library with Composer:

Defining a simple configuration file will let us keep our API credentials and database connection in a single file.

Here’s an example config.php to use as a template:

A very simple bootstrap (bootstrap.php) file takes care of autoloading and passes on the configuration file:

With those two files in place, we’re ready to build our group chat application.

We’ll need a script that accepts inbound webhooks from Nexmo, and processes the message. So, create an public/inbound.php and within that include ../bootstrap.php, create a Nexmo client, and a mongo client.

Next, we want to create an inbound message from an inbound request and check that it’s valid. The client library provides a simple way to do this.

Now that the file is setup you can head to the Nexmo dashboard, and point a number to that script in the Callback URL field. 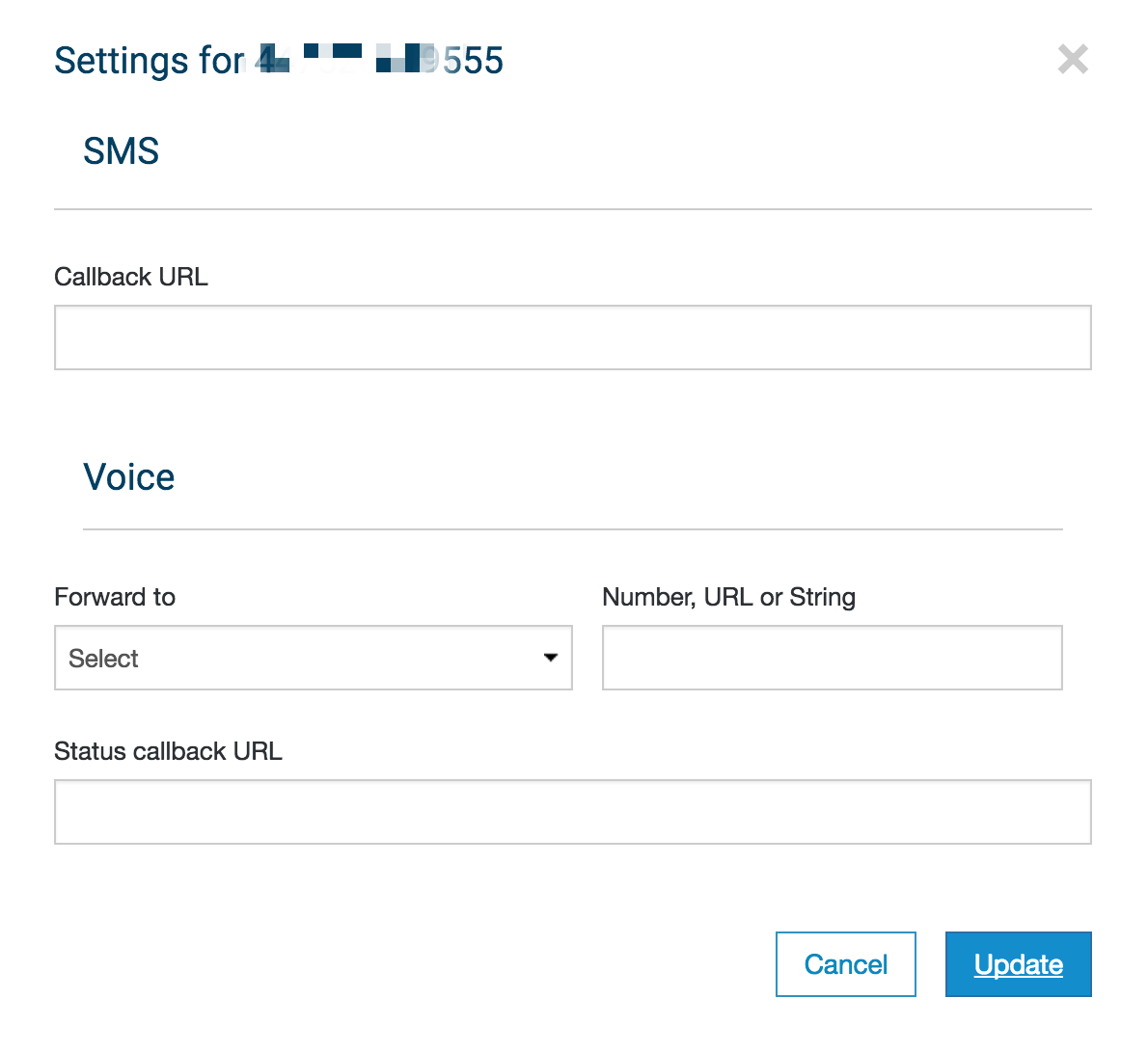 That configures your Nexmo account to make a webhook request to the script whenever a message is sent to that number. If you’re developing locally, you’ll need to use something like ngrok to create a local tunnel with a public URL the Nexmo platform can reach.

Once you’ve configured the number, you can send it a message – but it won’t do anything. So let’s reply to the sender with some instructions. The inbound message object created by the client library has a createReply method that uses the inbound webhook data to create a reply by flipping the to and the from.

Now send a message to your Nexmo number, and you should get a nice quick reply.

Because we’re using the parameters sent with the inbound webhook, our code does not need to know what number to use as the sender. Why is that important? Now with no additional code or configuration we have a simple autoresponder that supports as many Nexmo numbers – and by extension group chats – as we point to it.

Before we can really process any JOIN commands, we need to know if the user has already interacted with the system. So it’s time to write some queries. We’ll set things up with a users collection. And we’ll expect that each document has the group property set to the inbound Nexmo number the message was sent to. The user will be set to the user’s number (the number the message was sent from).

Let’s add a simple error log so we can troubleshoot if needed:

Since there’s no data in the database, any message at this point should log no user found. Now that we’ve code in place for use checking, we can start looking for command keywords.

We’ll use the first word to check if the user is sending a command. Because the JOIN command expects a name as well, we need to parse the message into a single command as the first word, and an optional argument afterward. Using a regular expression to split on any space, and limiting that to 2 elements gives us what we need. With a parsed command, a switch will let us act on that first word:

To start, let’s check if the expected second argument has been provided as well – at least for new users. If it’s not, sending a reply is easy, we’ll just move the reply we already have here:

If it is a new user (no existing user found), and they provided a name ($command['1'] was not empty()) we should setup the basic user data:

And let’s not forget that name. Why do we do it outside the new user check? To allow an existing user to update their name using the JOIN command, if they provide a new one. Since we’re ensuring that new users have that second argument, we know that any new user will have the name set as well:

Since it’s a JOIN command, we also need to set the user’s status to active, and create a log entry for the action.

Now we just need to save (or create) the user. We’ll use Mongo’s replaceOne command and have it insert the document (upsert) if needed, and add break so we stop processing once the action is taken:

JOINing gets us halfway there, but we still need to allow users to LEAVE a group. Like JOIN we’ll do a bit of logging and check that the user is actually subscribed – they can’t really leave if they’re not. If they aren’t subscribed, we’ll just reply with some help. Which, as we’ve found out, is pretty easy to do:

If they are subscribing, we need to update the subscription status and log that the action was taken. That’s done by changing the status property, and appending a new member to the actions array. Of course writing this change to the database is also important:

Once we’ve removed the user from the group, we should let them know they’ve left, and how they can join again in the future:

Joining and leaving the group taken care of, we now need to handle a user sending a message, not a command. Any message that isn’t a command is a message to the group. The logic here is simple, if the user is subscribed and active, their message should be sent to all the other members.

If they are subscribed and active, we create an archive of their message. This contains the text, the group they sent it to, the user themselves (as well as their name, to avoid having to look up the user every time the name is needed), and other meta data.

We’ll also create an empty sends array to log the messages sent to the other users in the group:

To find all the members that need the message relayed, we query the users collection for any users in this specific group that are marked as active. We need to remember to exclude the current user (that’s what the $ne means, ‘not equal’), but it can be handy to remove this for testing purposes:

Once we have that list we can iterate over it and send a message to each member. We can pass a simple array to the send() method (as well as a Message object). That array uses the member’s number as the to, the group’s number as the from, and we’ll add the name of the user that posted the message to the text before sending the message.

That will return a full message object. We could treat as an array, but it’s easier to just use the getter methods to add the message id and the member’s number to the send log.

Once all the message are sent, we add the new message to the log collection on the database, and we’re done processing the inbound messages.

And with that we’ve setup a simple script that accepts inbound messages, replies to some of them, and relays others to a group. Centrally the command concept could be extended to more complex and interactive auto-responder bots, the group relay could be turned into two user proxy that only masks the user’s numbers, or this could be repurposed as a SMS distribution list that allows anyone to send an inbound message to a group of people.

Wherever you take it, processing inbound messages and sending outbound messages is an easy task with the PHP client library and Nexmo’s API.

There’s also a bit more to this demo (which you can just clone and run if you want), and we’ll build a web interface to our group chat in part two of this tutorial.