One frequent request from developers using an API is a client library for the language they use. Nexmo is no exception. That’s a question we’ve gotten many times over the years, and we’ve recommended community client libraries from a wide range of developers that cover many different languages.

But we want to have a better answer, and we also want to acknowledge the hard work of those that took the code they wrote, thought others would find it useful, and shared it with the rest of the world. They’ve enabled many other developers to build on Nexmo.

In that spirit, we’re glad to announce that we’ve worked with Tim Craft, author of the popular Nexmo Ruby Gem, to ‘adopt’ his open source project and make it an official Nexmo Client Library.

What does this mean for you? You can be sure that the Nexmo gem will stay up to date with new features and API releases from Nexmo, as well as language updates and changes. If you need support, and aren’t sure if it’s with the library or the API – no worries, we’re all on the same team.

Since Tim is still going to be an active part of the library development, current users of the gem will have a seamless transition as we take this step to ensure building on Nexmo is a friction-less, well-supported process with Ruby.

Want to know a bit more about where all the libraries are heading? Take a look at our Client Library Specification on GitHub. Don’t be shy, let us know what you think and what features you’d like to see added.

What Can You Do with the Ruby Library?

Nexmo enables your applications to send and receive text messages, make and receive phone calls all over the world. And the Ruby Gem makes that really easy. Here’s how easy it is to send an SMS message:

Or to call a phone, and play a message:

Of course that’s not all you can do, Nexmo’s API enables you to create full phone powered applications, verify and validate phone numbers, and more.

See You at RailsConf

We’re also excited to make this announcement during RailsConf! We’ll be there tomorrow at booth #216 (right around the coffee) with Nexmo shirts and some developer distraction devices (those are great for the office). 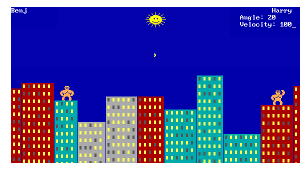 Will you be there? Let us know by tweeting @nexmo with the #railsconf hashtag. Then swing by our booth, get some swag, and check out our silly little demo. Remember the gorillas game from QBasic? No? Well grab your phone and check out an SMS powered version – it’s bananas.

Or let’s just chat a bit about the Ruby gem. Want to know more about what you can build with Nexmo? Take a look at this post about building a server alert with Nexmo (which uses Tim’s client library).

Have you built something on Nexmo and Ruby? We’d love to know about it. Let us know at RailsConf, or take our developer hub for a spin and tell us there.