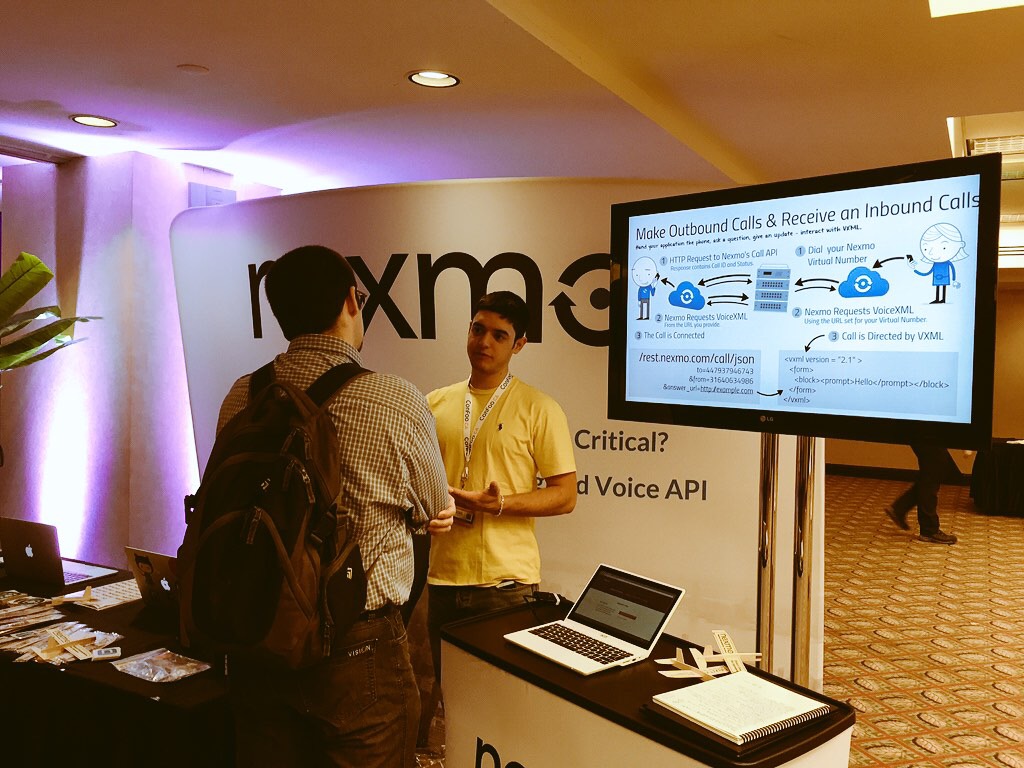 This past week Nexmo attended the ConFoo Web Development Conference in Montreal, Canada. Around 600 developers, speakers, sponsors, and organizers were surrounded by a thick blanket of snow and gray skies as they made their way to the top floor of the Bonaventure building in the heart of Montreal to escape the frigid temperatures (which never rose above -10C [14F]).

The ambience couldn’t have been better: the venue made us feel like we were staying in a mountain chalet. With a heated outdoor pool that many of us enjoyed after the sessions, I started to think the name “ConFoo” got its roots from the French word “CONFOrtable” (“comfortable” in English). This amazing setting lent to a laid-back yet passionate energy that made the event something special.

Excitement filled the rooms as soon as the sessions started. Many of the attendees I spoke with said the richness of this conference comes from its multi-lingual nature — and the fact that almost everyone in Montreal speaks both French and English notwithstanding. They were talking about the wide breadth of programming languages covered at the conference: PHP, Python, and Java. More impressive, however, was the fact that the web development experts appealed to all levels of programmers. Regardless of how many years of experience a person had in the web development industry, the speakers gave useful advice that applied to everyone.

This brings me to my next point: the quality of the sessions balanced the variety of topics. Some of the sessions were oriented for non-technical audiences, like “Getting things done with ADHD” by Jason Lotito, which taught us how to be more organized in our work and keep a streamlined task list to help us concentrate on ultimate objectives. Some of the sessions were more technical, like “Schemaless Meets Relational – JSONB in PostgreSQL 9.4” by Magnus Hagander and “ASP .NET SignalR – Real Time Web” by Mathieu Richard. 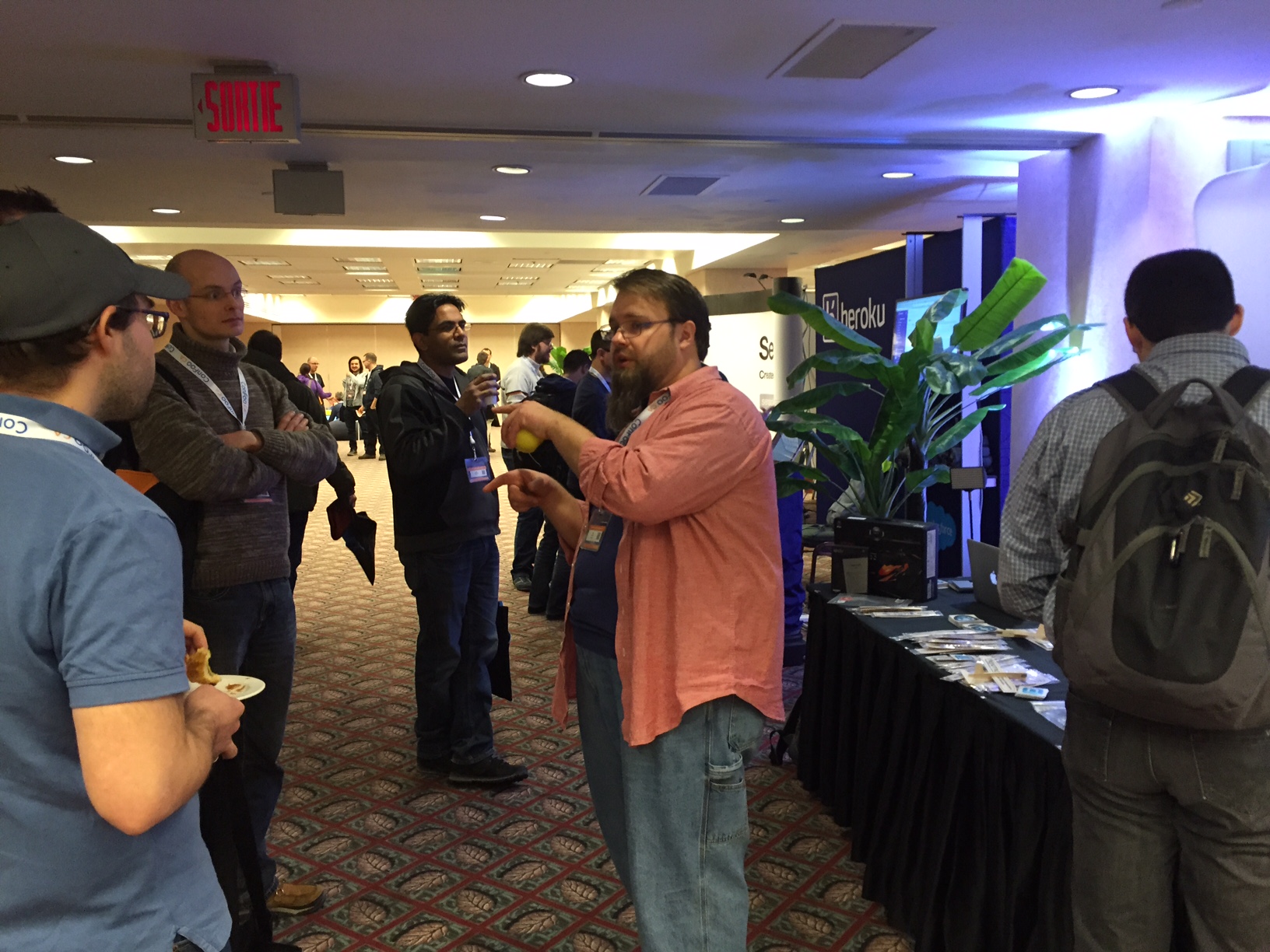 The sessions did a great job balancing technical and non-technical content, but the best part, in our opinion, was the regular crowd in the audience. Code Rabbi made this point as he addressed his extraordinary audience during his talk: “By being here today, in this room, you are part of that 1% of the community.” I realized just how much this audience has grown from 10 years ago.

Of course it’s impossible to meet all 600 attendees, but the small sample we had the chance to talk to was surely among that 1%. We met people from all over the world, including countries like China, France, the US, Israel, India, and Brazil. They had  different backgrounds and knowledge in different aspects of the web like programming, security, databases, usability and they  brought different  ideas, knowledge, and previous experiences with them. You know what they say about putting a bunch of smart people together in a room… Well, the network that arises is greater than the sum of its parts, and the ConFoo conference was the catalyst for that reaction to happen. 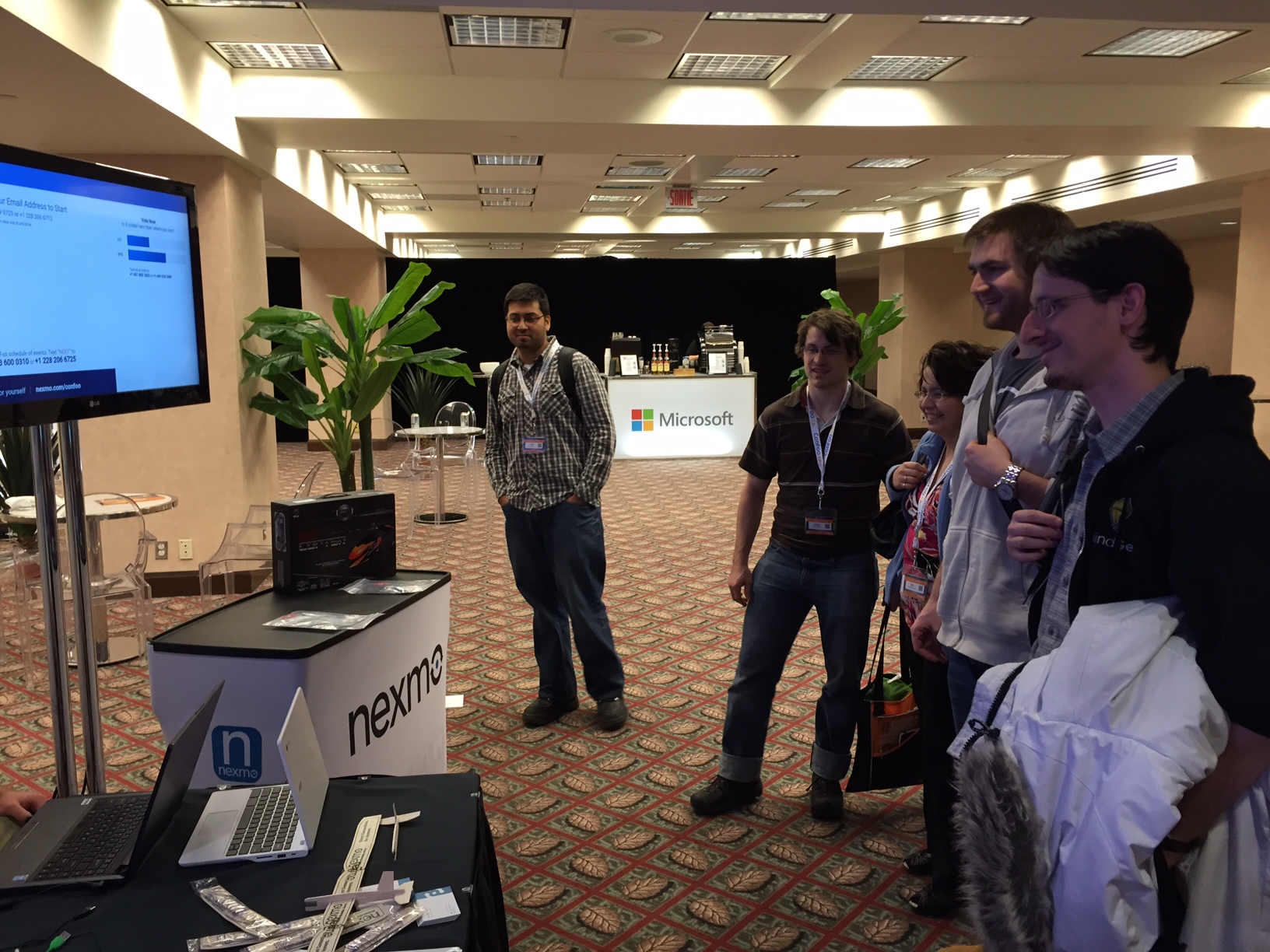 The freshly brewed coffee (courtesy of Microsoft) and  breakfast in the common area made the room a frequent stop for attendees before and after the sessions. It was also the place for booths where companies like Nexmo, 8D, FlightHub and Heroku to set up. The booths offered a great way of getting to know each of the companies, trying out their products, asking for product advice, networking and making connections through LinkedIn, or who knows, maybe even getting a job.

The real point of ConFoo, however, is to give companies visibility among the community. As the HR director of one of the companies with a booth at ConFoo said: “This is the third year that we’ve come and, while we haven’t hired anyone directly here, we keep coming because that’s not the purpose of this conference. It’s to engage potential customers, let the community know about our products, and just for general company branding.” 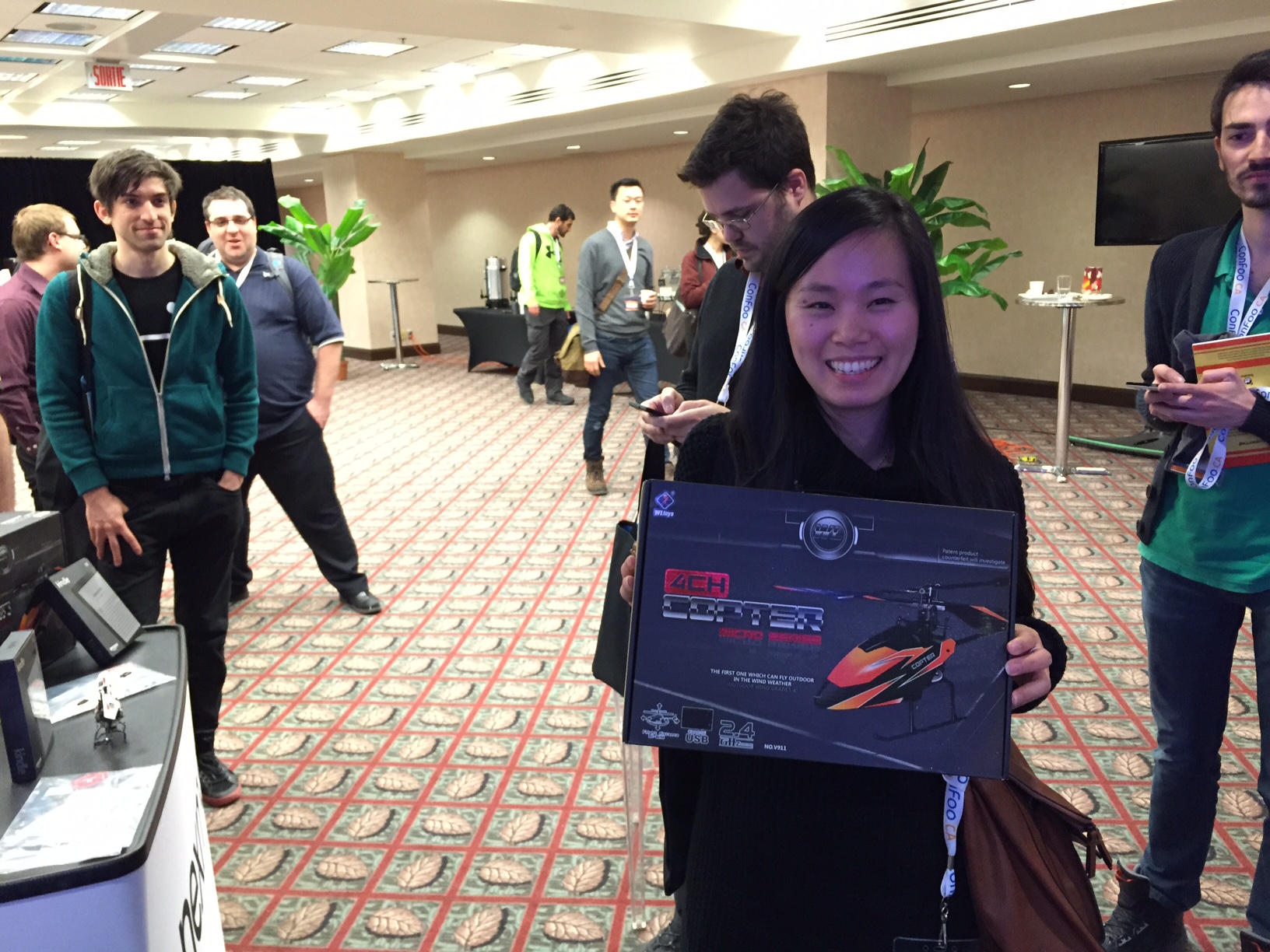 If I had to choose one word to describe this event, it would be “fun.” Even before  the first day, before all attendees had arrived, a group of us headed to the local pub near the venue. People were already getting to know each other, prizes were given away, and the frequency of the vibrant ambience was already close to resonance. The next night there was a gala dinner at a delicious steak house,Vargas, another great chance to get to know new people in a casual way.

I also couldn’t pass on swimming in a heated outdoor pool while it was  -15C outside.  I jumped in, and hen I came up, I realized my hair had frozen! I shook the icicles out of my hair, dried off, and headed back down to my room to prepare for the last day of conference sessions.

To close the event with a bang, ConFoo hosted a cocktail party on the last evening of the conference. With drinks in hand and an old version of Super Mario on the big screen, we had one last hoorah before all of us at Nexmo made our way back to sunny California.

The “GoTo” command isn’t supported in many modern languages, and even if it is, it’s not good practice to use it, but I can’t help but make one lame pun to end this post… Allow me to use it to invite you to yet the next iteration of this magnificent conference: “GoTo” ConFoo 2016. I know the team here at Nexmo is already looking forward to next year’s conference!

Did you make it to Confoo this year? Please feel free to share your experience in the comments section below!