We’re excited to announce the addition of dynamic connect for your voice apps.

This enhancement helps eliminate failed calls when the primary line is in use or unavailable. For example, if you’re running a call center, you can have customers dial into a central number. If your main contact person is on another call, the inbound calls will be sent to the next available agent.

The connect functionality works with existing failed call states such as timeout when call connections time out and machine when answer machines are detected. In addition to this, this release includes four new call states which are as follows:

How does this new functionality work?

When such systems are used the NCCO appears as follows:

A new option has been introduced to the connect action called eventType, which instructs the action to be blocking if the value is set to synchronous. (“eventType”: “asynchronous” is the default and is non-blocking).

If the call enters a failed state (failed, rejected, unanswered, busy or timeout if the call takes longer than 10 seconds to connect in this specific example) then Nexmo makes an HTTP call to the eventUrl.

Your web server can then respond to this HTTP request with an NCCO that replaces the existing executing NCCO. This is very similar to how the existing input functionality works.

The following example would inform Nexmo to try to connect to an alternative number.

We hope that with this new feature, failed calls will no longer negatively impact the customer experience of your call center.

All this and more is also covered in the dynamic NCCO connect docs. 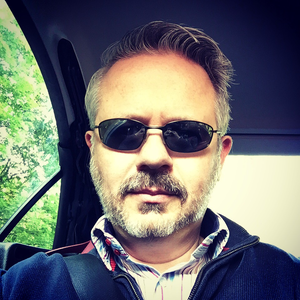 Roland Selmer is VP of Product Management for the API Platform Group at Vonage. He leads product management for Nexmo, the Vonage API Platform. He has vast experience around building products for various startups and telcos, mainly in the communications space.

See All Posts by Roland Selmer